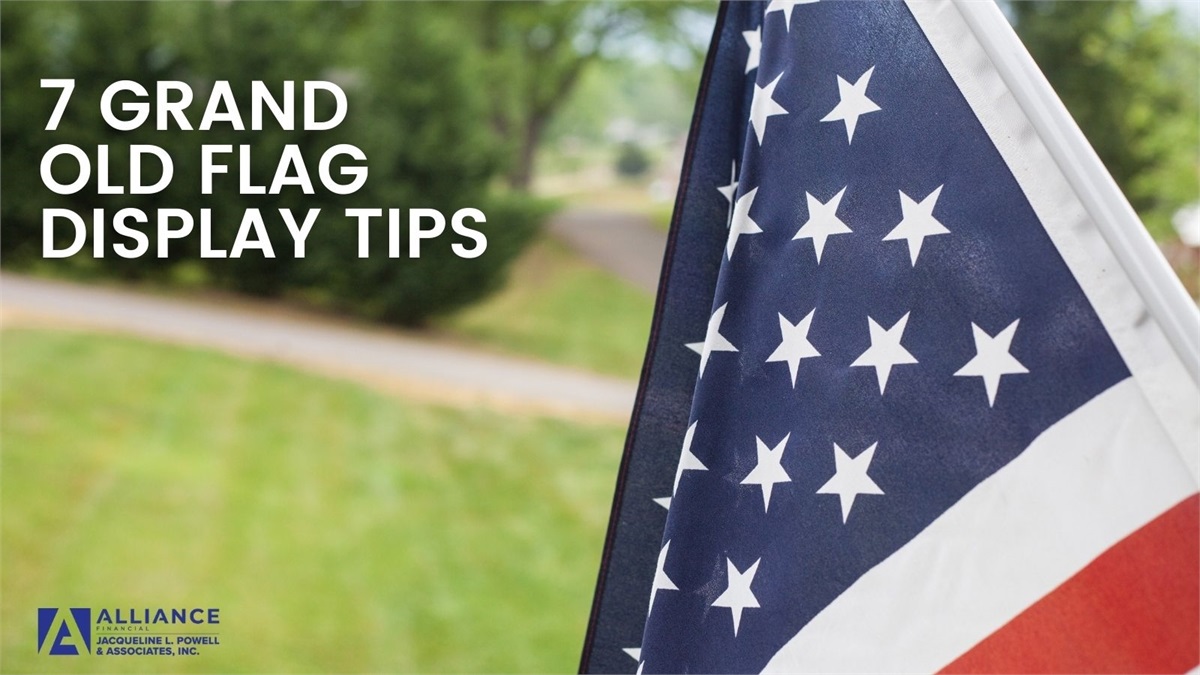 One of the greatest symbols of patriotism in the US in displaying the American flag. It’s important to know just why we have the guidelines that we do, and why following these federal rules are pertinent for displaying this American symbol.

We follow these guidelines for the simple reason that it’s a sign of respect. Letting it fall to the ground, or keeping it flying when dark outside, would not be the proper thing to do. Keep these in mind when putting your flag outside this summer!

When handling the flag, it should never touch the ground.

The flag should only be displayed from sunrise to sunset, unless it can be properly illuminated.

No part of the flag should be worn as sportswear or a costume or used to make drapery or bedding.

Fold the flag into a triangle, with the union showing.

Briskly up, and slowly down.

The flag should be raised quickly and lowered slowly, with a purpose.

Unless there’s a distressing situation, never display the flag with the union down.